You can also use it like a video recorder by using a Micro SD card to record everything.

Sometimes one image is not enough to understand whole picture of event and its consequences. With burst image option you will be able to get sequence of images. This would ensure better understanding of event.

With 3G feature feel safe, because you can check anytime if cargo is intact or driver is fine, because image to server can be downloaded in less then 1 minute.

Be aware of your trailer door status, be sure your cargo is intact after harsh braking is detected. Just install MVC300 camera to your trailer, connect door sensor to FM6320 or FMB630 and you will get one or even several pictures while using burst functionality, when door is opened. It is also possible to get new pictures on Eco driving events: Harsh acceleration, braking and cornering.

Idling was detected and you don’t know why engine is on for so long? Or maybe you want to see if driver is not talking on the phone during the trip? Mount MVC300 camera inside truck cabin and see if driver is behaving correctly.

Your truck is being late and you don’t know why? Send request for a picture and see what’s happening on the road. Or maybe driver is putting cargo on risk by braking hard? Install MVC300 on front window in the truck cabin and it will save video stream to SD card, at the same time you can receive photos over FM6320 or FMB6320 when harsh driving event (Eco driving, Overspeeding) is detected,  or just send request from server and check current situation on the

* SAMPLES ordering code – applied for orders up to 7 pcs.

There are no reviews yet.

Only logged in customers who have purchased this product may leave a review. 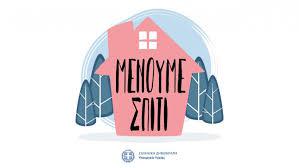